Parked off of Mine Hill Road. I loaded the coordinates others had used for parking but there was a sign near the pull off that said private property. I opted to use a pull off (still on Mine Hill Rd) near Pinehurst Drive (private neighborhood but there were no sign postings where I parked) located on the south eastern side of the mountain. After figuring out parking I walked up the road until I reached the teal postings for town public land. I bushwhacked up the hill and followed the directions many others on here gave. I followed a vague woods road but lost it occasionally. Passed some of the mining buildings and eventually came out near the road to the summit. Met one of the landowners in the area as he was walking down and he informed me that it’s no problem to use the road to get up to the communications tower at the summit (I would still exercise caution even though there are no posted signs along the road). I followed more or less the same path back down. 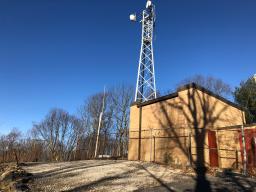 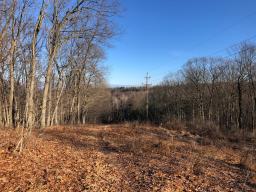 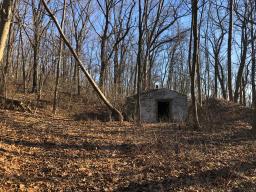 Parked at the pull off of Axford Ave (or Oxford) and walked up the road to a woods road that headed in the direction of Sykes Gap. The road split but I kept to the left and this took me fairly close to the summit. I bushwhacked the final hundred feet to the summit and found a cairn that marked the high point. For the most part an easy bushwhack although there were some briars towards the top. 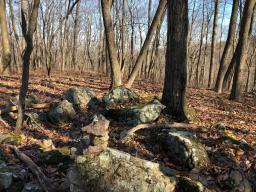 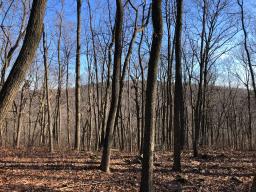 This one was tough. After leaving the summit of Oxford I descended into Sykes Gap, not taking the most direct route as it looked steep but regardless it was rocky and steep. Towards the bottom of the gap was some of the thickest brush I have encountered despite it being winter. It was slow going but I made my way across the gap and started bushwhacking up to County House. The initial ascent went ok but when the terrain levels off just before the final ascent up to the mountain there were a ton of briars. I was able to navigate through but it took more time and patience to make sure I didn’t get caught with thorns, especially in the face. Once I finally got through I went up as far as the posted signs mentioned by others. I turned around and tried a different route back to the car by completely avoiding Sykes Gap and heading straight for the woods road I was on before. 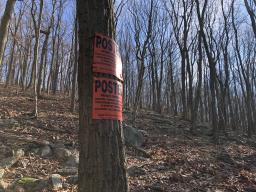 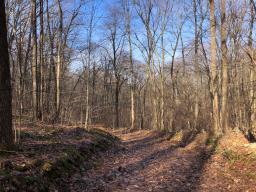 The toughest of them all, I made it as far as the second power line crossing and couldn’t figure out a way to not trespass. I started out at the Pheasant Farm and hiked up to the overlook. From there I followed a woods road up to the first power line cut and from there it was a gritty bushwhack. I eventually got to a plateau along the summit and after navigating around an impenetrable wall of blowdown and briars, found a road surrounded by yellow posted signs accompanied with barbed wire. I bushwhacked parallel the posted signs until I reached an intersection with O’Brian Rd. From there I couldn’t tell where to go next as there were a ton of sign postings along O’Brian Rd. I followed the road down the other side of the mountain for a bit but turned around because I couldn’t find an area where I wouldn’t trespass. I ended up backtracking and followed the sign postings down the other side of the ridge towards Rockport Rd where my car was but I didn’t find anything that way either. It was getting later and I decided to go back to my car without making the true summit. I’ll give this one to myself but will ultimately end up trying again someday to make the true summit, probably by trying a different route. 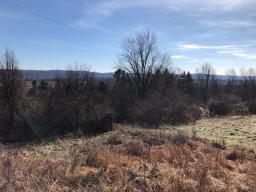 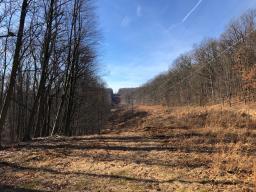 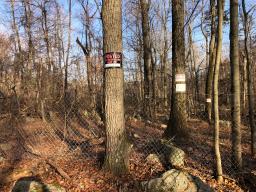 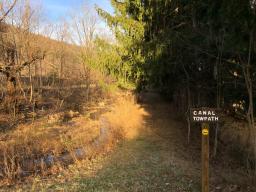