Parked at the Ramapo Reservation parking lot and took the yellow trail up to the ridge overlook for sunrise. Eventually started making my way on the white trail until I got close to a woods road that lead to the gas line cut that goes up the mountain. Took that all the way to the top and followed a small herd path to the highest point. 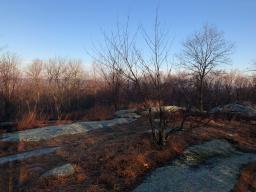 From Drag Hill, made my way down back to where I split from the woods road to the gas line cut. From here I followed a collection of very muddy and wet woods roads that lead to some ruins below the summit. Followed a maintenance road to the top where the radio tower stands. 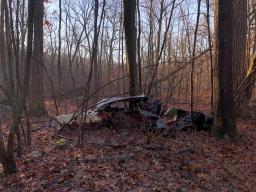 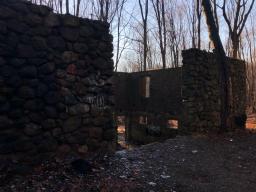 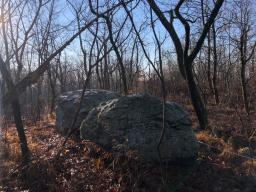 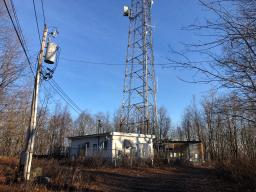 From the top of Bald Mountain, followed the woods road back to the base and began bushwhacking down into the valley between the peaks. No herd path or woods road to find until the very bottom. I followed a woods road north for a few hundred feet before turning left and bushwhacking to another set of woods roads that I took to a marked mountain bike trail that lead me to just before the summit ascent. Followed a red/white trail that took me to the summit. 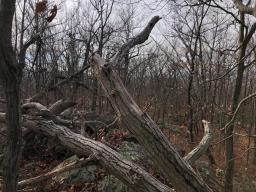 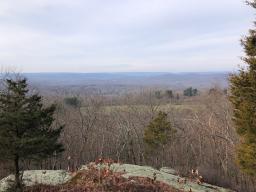 From Mount Defiance I followed a combination of trails down from the mountain and up to the ridge Ilgenstein Rock lies on. Ultimately followed the yellow trail to get to the true summit and then continued past to the viewpoint. 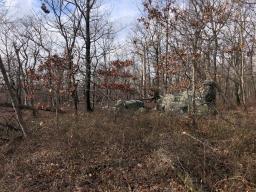 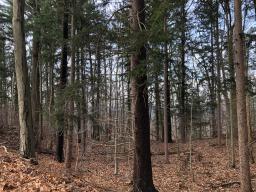 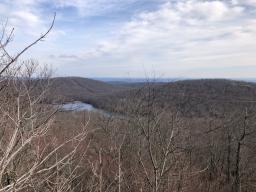 I followed the trail down from Ilgenstein Rock and crossed Bear Swamp Brook. Took a left onto a semi paved road and continued up until I found a good place to begin my bushwhack. Shortly after I intersected the gas line cut and continued bushwhacking up some moderate terrain to the summit. 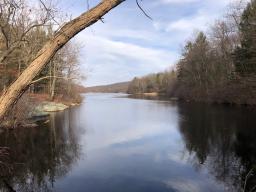 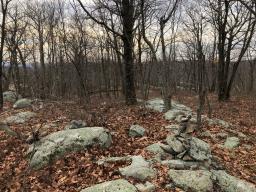 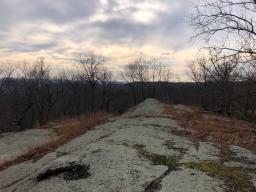