Hiked the pipeline cut from the tower on Stag Hill, 1 mile north. Loose gravel made it a bit sketchy at points but it wasn't bad. The summit is a rock adjacent to the cut. Just south of the summit, which is the direction most of you will approach from, there's a little unmarked side trail that you can follow up to the rock without having to use hands. 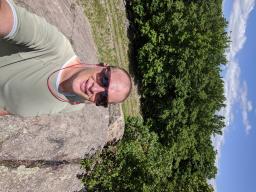 Approached from the notch (between Rocky and Drag) on the red/silver trail to the north. Bushwhack from there was a breeze. Descended to the west, hitting the pipeline cut, then north to the red silver trail. It's probably an easier and shorter buswhack from the pipeline, even though it's steeper and there would be a bit of route finding to get around mini cliffs. Was going to hit drag hill after Rocky but decided against it, figuring I would save it for another day (which I did a week later, no biggie). 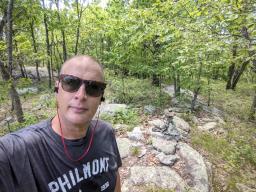 Hiked from my home in Mahwah, up Stag Hill Road where I saw a bear, into the woods roads (with no trespassing signs; weird because I know that's public property). Bushwhacked a bit til I got to Mountain Road, turned left, found the ruins where there were some kids with dirtbikes. Turned right and hiked the last quarter mile up the hill. Looked around and didn't see a marker. Walked all around the tower and touched every rock I could find. Then I continued south and exited at the Ramapo Reservation Parking Lot. GPS log with map here: https://smashrun.com/stevetursi/run/20304638/ji9eknn6#map 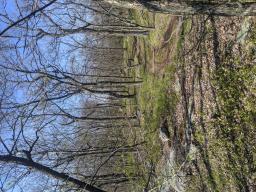 Writing this report 16 years later, I don't remember much. My kid was a few months old. We parked, probably pushed a stroller up the road, took a bunch of pictures, and left. 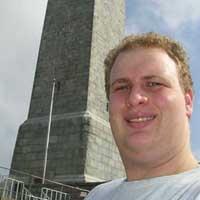