Parked on Mine Hill Rd just past the high point at a small pull off point just before posted signs. Followed a woods road for a while. Saw the old mine buildings. The pathway petered out and I bushwhacked a while a little to the south and then came to another broader woods road which lead right up to the summit. Quite a few posted signs but kept to the woods road. 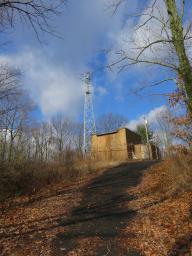 Followed suggestion of Brom and parked on Axford Ave on an NJ WMA parking area. Followed a narrow pathway/woods road for a while which eventually petered out. Kept in a SE direction, crossed a paved driveway and could see a house to my left. Found another better woods road and followed that for a while until it became clear I need to hang a left and bushwhack in the direction of County House Mountain. The going was relatively smooth and open and got steeper closer to the summit. Summit area was very clearly posted with multiple signs. I did not pass those signs but got as close as I could and then turned my thoughts toward Oxford Mountain. 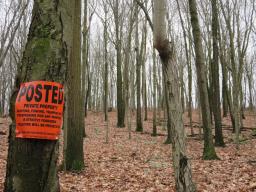 After climbing County House headed towards Oxford but lost sense of direction and got turned around. So easy in the woods. Checked compass bearing and set course for sw. Reached col of Sykes gap after quite steep decline and terrain becoming very rocky. Quite different from County House. Climbed quite steeply to Oxford through prickles. Happy to be doing this in Jan. From the peak could see back to County House peek. Returned to Sykes Gap and followed quite a wide woods road back down to Axford Ave about half mile from where I started. This would have been an easier starting point.