Bearfort Mountain North consists of two parallel ridges, each of which has many subridges. The lower, eastern ridge is like traversed by the Bearfort Ridge trail. The slightly higher, western ridge is has only the faintest trace of a herd path. The true summit is southwest of West Pond and can be climbed from location where the Ernest Walter trail makes a 90 degree turn towards the north.

The true summit has unobstructed views towards the east, with New York City being visible through a gap in the mountains. (view pictured) The best view on Bearfort North is "Grand View" just over the New York border on the AT, but there are other views from the eastern end of the Ernest Walter trail.

The Green Pond Outlier is distinct from the rest of the Highlands in that its rocks are younger and are sedementary.

Parked at the State Line Trailhead and hiked up to the ridge. Hiked the Suprise Lake Loop and did the quick hike up to the summit just after West Pond. 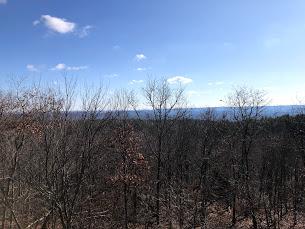 NYNJTC cleaned up and blazed the trail (easy-to-see Pepto-Bismol pink!). Didn't see anyone until getting back to Surprise Pond. Maybe past peak but still a gorgeous walk. State Line Marina to AT to Yellow to Pink to Green to Yellow to Blue and back to the parking lot. Added another rock to the cairn at the Bearfort North summit (about 10 yards off the trail).

Hiked from the marina on State Line Trail to the AT, south of Ernest Walter toward the peak. Where Ernest Walter heads east, the turn is well-marked. The trail to the peak is blazed green-on-white and was fairly easy to follow. The peak is only 10 or 20 yards off the trail and is marked with a cairn. Took yellow trail to Surprise Lake and back to State Line Trail. Took 12-yo doggie Ryan today. Encountered two challenging ledges. One was on the AT just south of State Line Trail. The other was on Yellow, south of West Pond on the way back up to Bearfort Ridge Trail. I tried this route two months ago with my 15-yo doggie, but she could handle these ledges. I'm guessing they were about 8 to 10 feet and I couldn't find any alternate routes nearby. 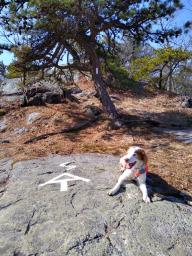 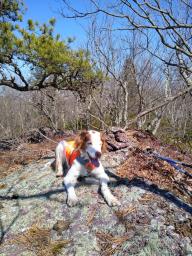 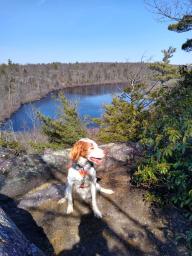 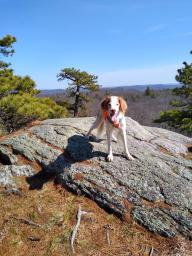 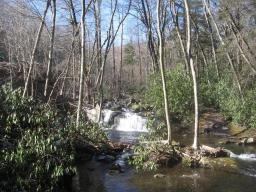 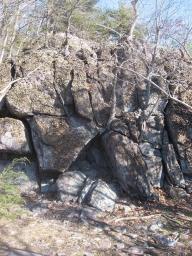 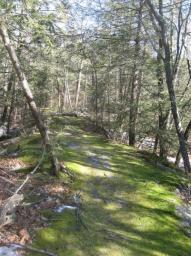 The Bearfort Ridge trail doesn't get a ton of use, as shown by this mossy stretch. The orange Quail trail is the opposite. It's all ATV-exacerbated mud. —Jeff Bennett 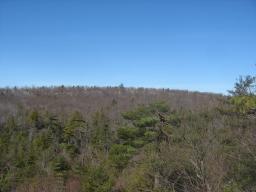 Scene of the true summit on the west ridge. —Jeff Bennett 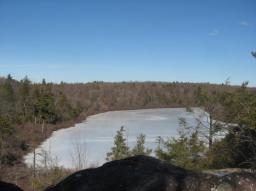 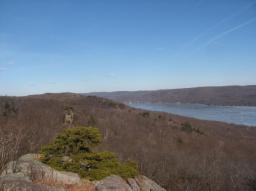 View towards the north. Greenwood Lake is at the right. —Jeff Bennett 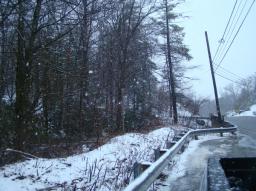