With my father, Greg. 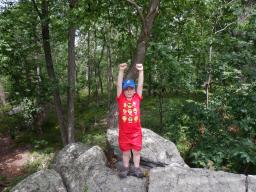 I was initially planning on ending this hike after reaching Ilgenstein Rock, but it was still pretty early and I was feeling good so I decided to push on to Mount Defiance. I didn't realize until much later that this almost doubled the length of the hike. I headed off the trail a little bit further from the top to try to find a fun but safe route up the little cliffs below the summit. It took a few attempts but I found a way up, went to the big pile of rocks at the summit, and then headed back down the green trail, which is the same way I came up. Wasn't a huge fan of taking the green trail back up to the other side of the valley, essentially doubling the climb up Defiance, but it was good training.

A little messy as portions of the trail were wet/muddy but overall a very nice hike in this well traveled park.
We enjoyed strolling the gardens and buildings afterwards. 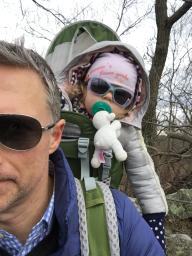